Home / Spread a Movement / Paul and Barnabas Show Us How 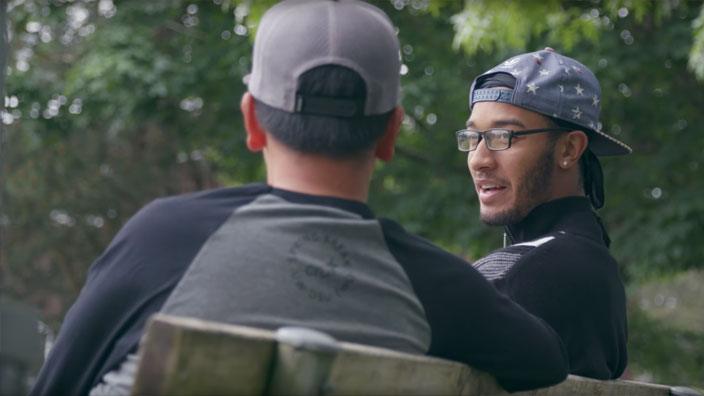 Paul and Barnabas Show Us How

In the book of Acts, we see the early church continue to expand to new cities. Let’s see what we can learn from their example.

Acts 11:19-26
“Now those who had been scattered by the persecution that broke out when Stephen was killed traveled as far as Phoenicia, Cyprus and Antioch, spreading the word only among Jews.

Some of them, however, men from Cyprus and Cyrene, went to Antioch and began to speak to Greeks also, telling them the good news about the Lord Jesus.

The Lord’s hand was with them, and a great number of people believed and turned to the Lord.

News of this reached the church in Jerusalem, and they sent Barnabas to Antioch. When he arrived and saw what the grace of God had done, he was glad and encouraged them all to remain true to the Lord with all their hearts. He was a good man, full of the Holy Spirit and faith, and a great number of people were brought to the Lord.

Then Barnabas went to Tarsus to look for Saul, and when he found him, he brought him to Antioch. So for a whole year Barnabas and Saul met with the church and taught great numbers of people. The disciples were called Christians first at Antioch.”

In this passage, we see God expand their focus beyond reaching only the Jews, to also proclaiming Christ to Greeks. The result was an outpouring of God’s Spirit. When Barnabas arrived on the scene, he saw immediately that the church in Antioch needed to grow, and it needed to grow deep. After encouraging the brethren, he went to find reinforcements and returned with Saul of Tarsus. These two men, together with other leaders, helped the church grow and become established.

“Now in the church at Antioch there were prophets and teachers: Barnabas, Simeon called Niger, Lucius of Cyrene, Manaen (who had been brought up with Herod the tetrarch) and Saul.

While they were worshiping the Lord and fasting, the Holy Spirit said, ‘Set apart for me Barnabas and Saul for the work to which I have called them.’

So after they had fasted and prayed, they placed their hands on them and sent them off. The two of them, sent on their way by the Holy Spirit, went down to Seleucia and sailed from there to Cyprus.”

In Acts 13 we see a team of leaders in Antioch serving the church, fasting and praying. Then the Holy Spirit speaks, “set apart for me Paul and Barnabas for the work that I have prepared for them.”

There was still much work to be done at the Antioch church. But God was also at work in other places and responded to the church’s prayers by sending two leaders to go where the gospel was not.

It is important to note that these two values are often held in healthy tension:

The story didn’t stop there.

Acts 14:21-28 – what Paul and Barnabas did as they left the church in Antioch and went to Iconium:

“They preached the gospel in that city and won a large number of disciples. Then they returned to Lystra, Iconium and Antioch, strengthening the disciples and encouraging them to remain true to the faith. ‘We must go through many hardships to enter the kingdom of God,’ they said.

Paul and Barnabas appointed elders for them in each church and, with prayer and fasting, committed them to the Lord, in whom they had put their trust.

After going through Pisidia, they came into Pamphylia, and when they had preached the word in Perga, they went down to Attalia.

From Attalia they sailed back to Antioch, where they had been committed to the grace of God for the work they had now completed. On arriving there, they gathered the church together and reported all that God had done through them and how he had opened a door of faith to the Gentiles. And they stayed there a long time with the disciples.”

Here we see Paul and Barnabas planting self-sustaining movements (churches) in many cities.

You may be the one staying in a movement to continue to help it grow in depth. Or God may call you to go to a new target area to start and lead a new movement. Or like Paul and Barnabas, God may use you to start many new movements.

God’s heart is for every student on every campus in every nation. We need to ask God what part we have in seeing more students on more campuses have a chance to hear and respond to the gospel.