Home / Spread a Movement / How to Coach a Key Volunteer 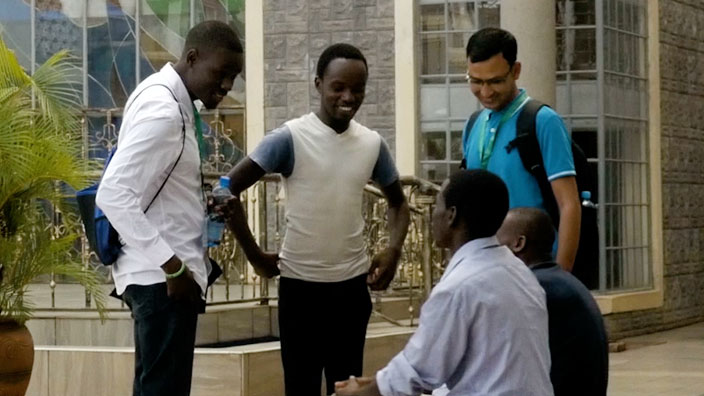 How to Coach a Key Volunteer

As you see the PKV follow-through, you will want to come to agreement of expectations for coaching that person who is the leader.

It doesn’t necessarily need to be written down, but whatever method you use, you need to clarify expectations in areas like their walk with God, ministry actions, and time commitment needed. Remember, too, it’s not just the Key Volunteer who commits to something, but you as Coach also commit to the relationship.

What It Means to Be a Coach

You will come alongside a Key Volunteer to equip and encourage this leader as he/she moves toward the vision God has put on their heart.

The KV - Coach covenant will guide you as far as time commitment and expectations. The great part is you don’t have to be an expert or know all there is about movement building! The Holy Spirit is our guide, and a central part of coaching is to model what it means to depend on the Holy Spirit so that the KV depends more on the Spirit and less on you as coach.

How to Use This Site to Coach Others

Coaching a Key Volunteer is a privilege and doesn’t have to be complicated. You can use this site as a guide and a place to find resources the KV might need.

A great place to start is the Movement Planner Chart. Fill out the chart together, keeping each box limited to one or two ideas. After it’s filled out, determine what the first action points should be and what they need to complete those steps. From there you’ll have a lot of ideas for training.

All times listed are approximate. They will vary based on the situation and people involved.

You’ll find that some KVs are very talkative and 75 minutes flies by. You’ll have other KVs where in 45 minutes you can efficiently cover each area.

Depending what’s happening in life and ministry you may take more or less time for appointments. In the end, be open to the Lord’s leading and see how He meets you and the KV you’re coaching in the call.

Instead of just teaching and passing on information when developing Key Volunteers, it is important to demonstrate the skills needed to build movements. We do this through a process called MAWL.

Simply put, MAWL is a way to transfer skills to the next generation of leaders.

MAWL is an acronym for:

Model – This is like Little League football! Coaches can run on the field, give players advice, show them how to kick the ball. It’s all about the kids getting a basic understanding of football and how to play. The score doesn’t matter.

Assist – Coaches are still “on the field,” but they are assisting players in gaining competence in skills and tactics used in the game, i.e: how to kick the ball, some strategy and field placement. It’s not just a mass of kids crowding around the ball – there is some vision to where things are heading.

Watch – The coaches are starting to stand on the sideline, rather than on the field of play. This isn’t Little League anymore! Coaches only go “on the field” in the event of an emergency. But the coaching before the game and the post-game debrief become much more important. Vital in fact. The players are starting to evaluate and plan themselves.

Leave – This is now an adult’s football game. Coaches don’t even go on the field, even if things are tough or a player is injured. If students are leading and running the ministry, what are the coaches doing? Coaches are completely in the coaching role. The coach knows the intricate details of how the game is played. He knows his players, and he motivates, encourages and helps strategize with them. But he doesn’t go on the field. His role is to spur players on before a game, instruct, support and consult.